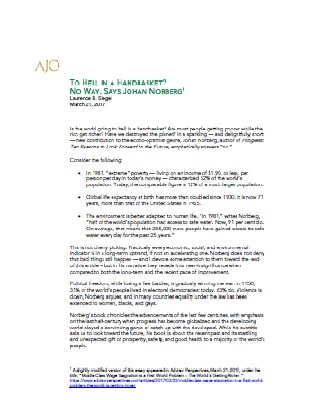 Is the world going to hell in a handbasket? Are most people getting poorer while the rich get richer? Have we destroyed the planet? In a sparkling — and delightfully short — new contribution to the econo-optimist genre, Johan Norberg, author of Progress: Ten Reasons to Look Forward to the Future, emphatically answers “no.”