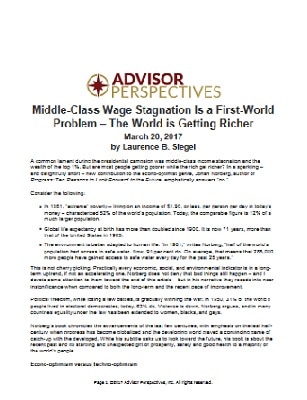 A common lament during the presidential campaign was middle-class income stagnation and the wealth of the top 1%. But are most people getting poorer while the rich get richer? In a sparkling – and delightfully short – new contribution to the econo-optimist genre, Johan Norberg, author of Progress: Ten Reasons to Look Forward to the Future, emphatically answers “no.”